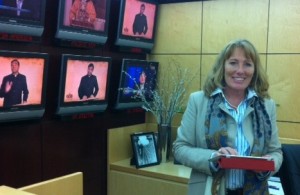 One of the best parts of my job as EWTN’s Communications Director is getting to meet interesting Catholics from all over the world who come to EWTN to film their shows. This week, I had the opportunity to interview Maria Elisabeth Schmidt, a woman from Germany who is as lovely as her name and who is part of the first group of counselors officially authorized to use this approach. She is filming a series for our German channel called “Power to Parent: The Vital Connection,” which will air later this year.

The program is based on the extraordinary work of Dr. Gordon Neufeld, a Vancouver, Canada-based developmental psychologist and former Vancouver University professor, whose book, “Hold On To Your Kids,” is a worldwide sensation.

“Parents don’t need to have all the answers,” Maria says. “We need to find the place within us that tells us we ARE the answer.” By this, she means that a child’s healthy attachment to their parents – and not their peers – is the foundation of a mature personality.”

She says that Dr. Neufeld used his methods to care for 30 of the worst delinquents in Canada. He rejects much of the behavioral psychology which is now in vogue – wherein parents give “time-outs” and take away what most matters to a child. He says that when children are very young, their brains can only process one feeling at a time. So if they are frustrated, their brains don’t have the ability to process the competing idea that if they deal with their frustration by being violent, they will get into trouble. Heaping more frustration on them in the form of time-outs or taking away things that matter doesn’t work.

Says Maria: “The ‘Power to Parent’ course helps parents to BE the answer for their kids, to nurture their kids so they can REST in their parents’ love so that they know, hear and experience from their parents that ‘nothing, nothing can come between us – no misbehavior or anything else.’ Parents learn to separate the relationship, which is the most important thing, from the child’s behavior.”

Maria says problems develop when a strong attachment of the child to the parents, which is so important, doesn’t land in the heart of the child. A child can get stuck.

Dr. Neufeld puts it like this in his book: “The secret of parenting is not in what a parent does but rather who the parent is to a child. When a child seeks contact and closeness with us, we become empowered as a nurturer, a comforter, a guide, a model, a teacher or a coach. For a child well attached to us, we are her home base from which to venture into the world, her retreat to fall back to, her fountainhead of inspiration. All the parenting skills in the world cannot compensate for a lack of attachment relationship. All the love in world cannot get through without the psychological umbilical cord created by the child’s attachment”

The problem is that our society no longer supports the parent/child attachment – and that is true not only in the U.S. but in most of the world.

Parents say things like this: “I have never read a more informative book on parenting ever. As a child who did not connect with my parents I was passing this legacy onto my children with little success of reaching my six-year-old daughter. She was well on her way to the eyeball rolling attitude you describe in your book. Lately I have implemented some of your techniques and have met with great results. … Thank you!!!”

Adults say things like this: “I am weeping with relief, feeling truly understood for the first time in 60 years. I feel like I think Helen Keller may have felt when she suddenly had language to articulate her inner life. I can feel a lifetime logjam of anger and frustration loosening and letting go. Thank you.”

Because this show is being filmed and aired in German, English-speaking viewers may want to pick up a copy of Neufeld’s book. The book is also available in French, German, Spanish, Hebrew, Portuguese, Korean, Italian, Swedish, Russian, and Norwegian! 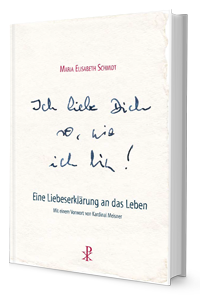